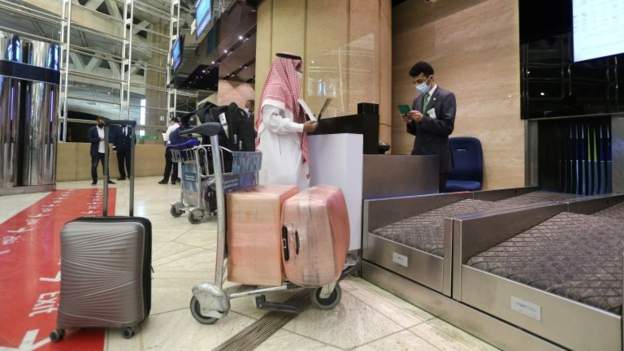 Saudi Arabia will impose a three-year travel ban on xo citizens who travel to countries on the kingdom’s Covid-19 “red list”.

An interior ministry official told the state-run SPA news agency that some Saudis had violated the rules since the government allowed people to travel abroad without prior permission in May.

Citizens are currently banned from travelling directly to or via a number of countries where the government assesses the pandemic is not under control or new variants are spreading. They include Brazil, Egypt, Ethiopia, India, Indonesia, Lebanon, Pakistan, South Africa, Turkey and the UAE.

From Sunday, all people living in Saudi Arabia will be required to show proof on a mobile app that they have received at least one coronavirus vaccine dose to use public transport and enter most public places, including schools, shops, restaurants, cafes, concert venues.

Citizens will have to be fully vaccinated to travel abroad from 9 August.

So far, 53% of Saudi Arabia’s population of 34 million have received at least one vaccine dose and 19% have been fully vaccinated, according to Our World in Data.