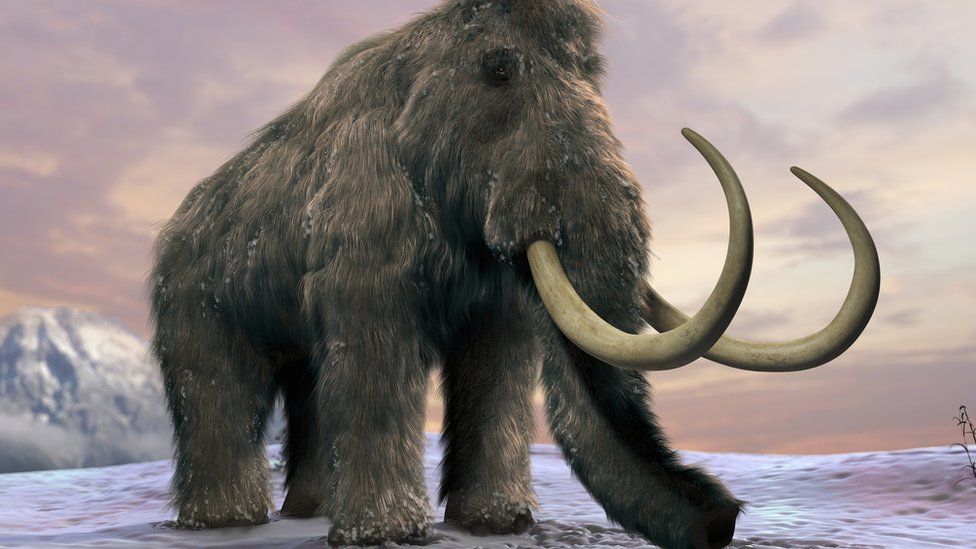 Scientists have analysed the chemistry locked inside the tusk of a woolly mammoth to work out how far it travelled in a lifetime.

The research shows that the Ice Age animal travelled a distance equivalent to circling the Earth twice.

Woolly mammoths were the hairy cousins of today's elephants, roaming northern latitudes during a prehistoric cold period known as the Pleistocene.

The work sheds light on how incredibly mobile these ancient creatures were.

"It's not clear-cut if it was a seasonal migrator, but it covered some serious ground," said co-lead author of the study Dr Matthew Wooller, from the University of Alaska Fairbanks.

"It visited many parts of Alaska at some point during its lifetime, which is pretty amazing when you think about how big that area is."

Mammoth tusks were a bit like tree rings, insomuch that they recorded information about the animal's life history.

Furthermore, some chemical elements incorporated into the tusks while the animal was alive can serve as pins on a map, broadly showing where the animal went.

By combining these two things, researchers worked out the travel history of a male mammoth that lived 17,000 years ago in Alaska. Its remains were found near the northern state's Brooks Range of mountains.

"From the moment they're born until the day they die, they've got a diary and it's written in their tusks," said co-author Dr Pat Druckenmiller, director of the University of Alaska Museum of the North.

"Mother Nature doesn't usually offer up such convenient and life-long records of an individual's life."