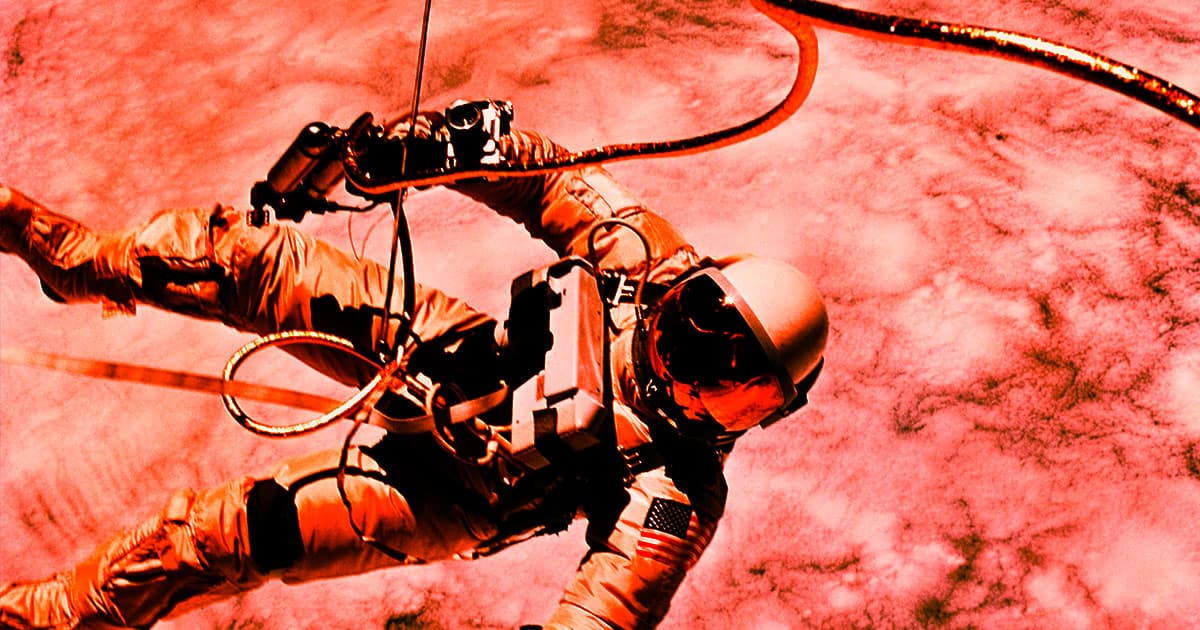 While the possibility of traveling to space is unquestionably thrilling, the actual effects it has on the human body aren't just rough — they are, in some cases, downright horrifying.

A recently-published study in the Cells journallists in cold, scientific detail the many ways being off world can screw with one's body. The multi-institutional cohort of researchers, led by medical experts at Houston's Baylor University, categorized these effects — and while there are tons of ways that space affects and changes human physiology and psychology, here are the freakiest.

There's weird dust in space — and nobody knows what it does

Over the past 60-something years of human space travel, a gigantic body of research has emerged about how space affects the body. But one of the largest remaining question marks is the problem of celestial dust — grody particulate matter out in space — and dust on other planets and moons, all of which can get inside space travelers' lungs.

In a risk assessment published last summer, NASA notes that "given the unique properties of lunar and other celestial bodies' dust, there is a possibility that exposure could lead to serious health effects (e.g., respiratory, cardiopulmonary, ocular or dermal harm) or to crew performance impacts during celestial body missions."

Because health consequences of space dust exposure seems to be a relatively new concern, the researchers behind the Cells paper note that "further research is required to identify the long term consequences of extraterrestrial dust exposure and develop potential countermeasures," such as "specialized face masks."

Space travelers' DNA can mutate, potentially put them at risk for cancer

Recent studies have suggested that space radiation can cause DNA mutations — itself a scary-sounding prospect — that can, in turn, put astronauts at higher risk for developing cancer.

Last fall, an unprecedented study out of Mount Sinai Hospital's Icahn School of Medicine in New York found a whopping 34 distinct mutations upon sequencing the genomes of NASA astronauts.

What's worse: as the school's press release noted at the time, "the most frequent mutations occurred in TP53, a gene that produces a tumor-suppressing protein, and DNMT3A, one of the most frequently mutated genes in acute myeloid leukemia."

The Cells paper, of course, notes that there's an urgent need for more research about these effects, and it's "especially important for individuals with certain genotype-phenotype profiles... who may be more sensitive to the effects of radiation exposure."

As if all that weren't bad enough, studies conducted over the last decade have found that the microgravity environment can not only have harmful effects on the immune system but can even activate latent viruses.

Of particular concern is spaceflight's tendency to activate the Epstein-Barr Virus, the herpes virus that causes mononucleosis. Back in 2012, medical researchers at the University of Texasdetermined that the virus "reactivates during spaceflight, with EBV shedding in saliva increasing to levels ten times those observed pre-and post-flight."

"Although stress has been shown to increase reactivation of EBV," the abstract of the 2012 paper published by the Journal of Cellular Biology noted, "other factors such as radiation and microgravity have been hypothesized to contribute to reactivation in space."

The Cells paper makes the case that the seeming immune suppression affect paired with bizarre space bacteria might compound the issue even further.

"Most importantly, studies have shown that bacteria encountered within the space environment appear to be more resistant to antibiotics and more harmful in general compared to bacteria encountered on Earth," the paper reads. "This is in addition to the threat of novel bacteria species... that we have not yet discovered."

More on space health: NASA Reportedly Concerned That Astronauts Will Get Pregnant in Space