Ancient viruses gave us a gene called "Arc" — and it may explain consciousness, scientists say

Viruses can leave behind their genetic material after infecting us. Sometimes that has unintended consequences 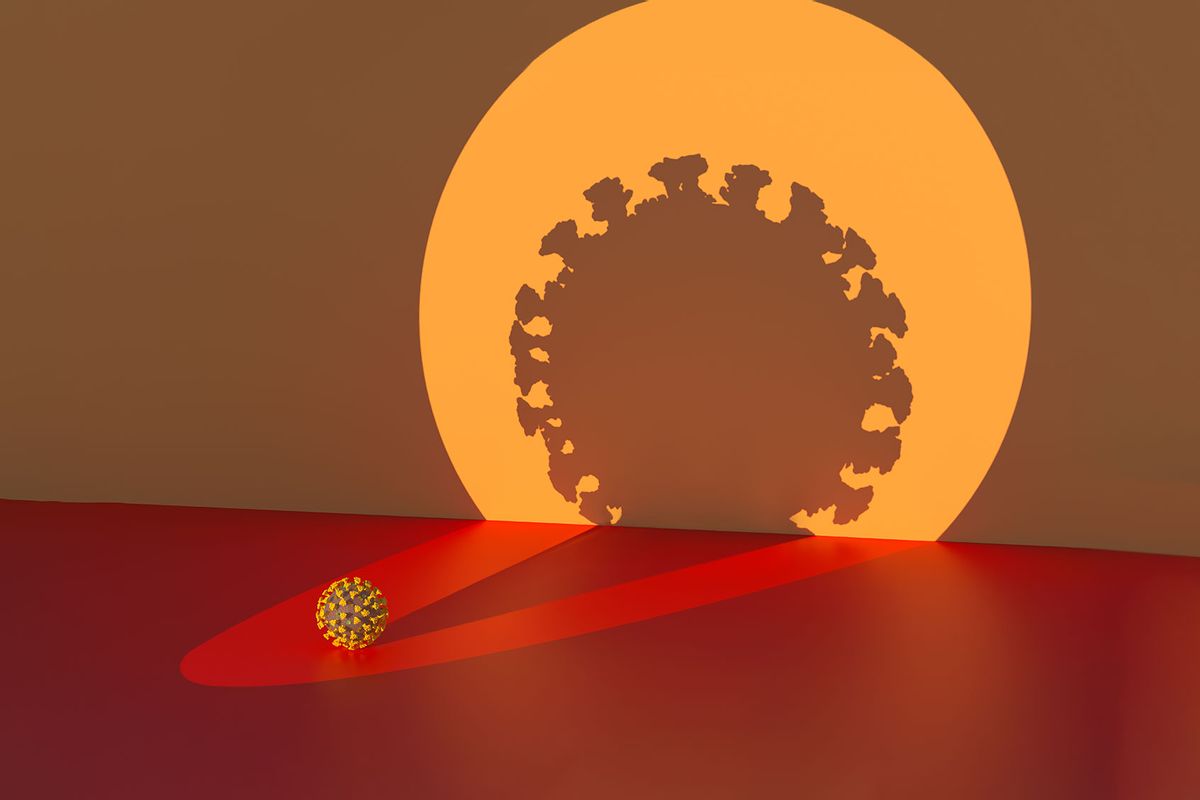 Spotlight on a virus spore (Getty Images/Andriy On


What does it mean to exist? The French Enlightenment philosopher René Descartesfamously observed that every self-aware being is able to declare, figuratively if not literally, the Latin statement "Cogito ergo sum" — that is, "I think therefore I am." Descartes profoundly transformed the world of Western philosophy with this idea — namely, that being able to think is a prerequisite of being deemed "conscious," "alive," possessing of a soul, or however else you wish to put it. Yet Descartes' axiom fails to teach us something else that we all would like to know: Even though it helps us define what it means to be self-aware, it does not explain why some things are self-aware while others are not. Considering that the answer to this question could very well crack the secrets of the human soul itself (Descartes described it as the "mind-body problem"), the stakes are high for anyone who advances new theories.


Yet ever since Descartes and the 17th century he inhabited, many philosophers and scientists have offered a number of conjectures. Many major organized religions argue that after one dies, there is an afterlife; panpsychists argue that all matter is inherently self-aware, with consciousness being analogous to a form of energy; and even the avowedly non-religious are often drawn to a belief in ghosts (such as "The Shining" director Stanley Kubrick), sometimes leading to morally dubious pseudoscience.


Yet what if the explanation for human self-awareness isn't as grand as heaven, as terrifying as spirits or as unfathomably complex as the implications of panpsychism? What if our consciousness is derived from something as mundane as a virus leaving some of its residue inside our ancestors' cells — something that kept getting passed along, almost by accident?

That is the proposition offered by a viral gene known as Arc, which Dr. Jason D. Shepherd told Salon is the descendant of something known as a retrotransposon. Shepherd is an associate professor of neurobiology at the University of Utah School of Medicine, and wrote a paper in 2018 for the scientific journal Cell about the neuronal gene known as arc. He described retrotransposons as being similar to viruses in that they jump in and out of DNA; they are known as "retro" because these are RNA sequences that are later converted to DNA, and transposons because they can be integrated into a cell's genome. Once that happens, they lead to the creation of what is colloquially known as "junk DNA," or genetic material in our genome for which there is no known purpose. Much of it comes from viruses that, after altering our genome so they could make more copies of themselves, left behind some of the genetic material they used in that process.

"Sometimes, these retrotransposons are able to jump into the germline (sperm or eggs) of an organism and then get propagated to their offspring," Shepherd wrote to Salon. "We think the Arc gene evolved from an ancient retrotransposon that inserted itself into the germline of an ancestor around 400 million years ago in the first land-based vertebrates."


If that sounds ominous, like a burglar leaving behind their break-in tools after exiting your home, consider the unintended benefits. It is true that viruses are invaders who use our cells so they can reproduce, and that retrotransposons are genetic material from viruses that do basically the same thing. Yet your genome will sometimes retain that leftover viral DNA for its own purposes. In the case of Arc, those purposes may have wound up giving humans the cognitive abilities that distinguish us from other animals.

"Studies from my lab and others have shown that Arc is important for turning experiences into long-lasting changes in the brain," Shepherd pointed out. It all comes down to the synapses, or the junctions between nerve cells like the neurons in the brain. When you imagine an intelligent brain full of energy zapping, and representing human thoughts, what you envision are the interactions occurring between synapses.

"Studies from my lab and others have shown that Arc is important for turning experiences into long-lasting changes in the brain."

"Connections between neurons are strengthened or weakened during learning to form circuits that encode and store our memories," Shepherd wrote to Salon. "Arc seems to be critical for this process in mammals. What we are currently trying to understand is why Arc's viral-like biology is important. We know that Arc protein has retained some of the ancestral properties of the retrotransposon that allows it to form virus-like capsids that are released from neurons in membrane-bound vesicles. We think that these Arc capsids can then alter the strength of synapses on neighboring neurons that receive them."

While these Arc capsids are fascinating to anyone interested in the mechanics of human biology, their very existence has potentially massive metaphysical implications.

"I might be a bit of a Debbie Downer, but I think it's largely correlative right now," Thomson said when asking about any connection. "I don't feel anybody has got that perfect 'Gotcha' moment where we can change the plasticity state of a neuron and a mouse remembers something, or it doesn't remember something. We're not quite there. It's not proven, but sometimes circumstantial evidence is the best you're going to get, and there is a huge amount of circumstantial evidence" that Arc is crucial to the creation of thought.

And given that Arc acts like a virus in its most crucial aspect — it seems to exist with the "purpose" of creating more copies of itself, even as it is used by the very same cells it invades — one has to wonder, as Thomson put it, "who is holding the leash, who is being domesticated. I can't tell you that for sure, but I think it could be either way."


Shepherd added that researchers "are also excited about the possibility that these viral-like properties of Arc are involved in neurodegenerative disorders. In particular, that Arc may be involved in the spread of pathology from one cell to another in the progression of the disease."

Ancient viruses gave us a gene called "Arc" — and it may explain consciousness, scientists say