Svante Pääbo: ‘It’s maybe time to rethink our idea of Neanderthals’ Kate Connolly in Leipzig The Swedish geneticist on winning the Nobel prize, his laureate father and early man’s sensitive side

The Swedish geneticist on winning the Nobel prize, his laureate father and early man’s sensitive side 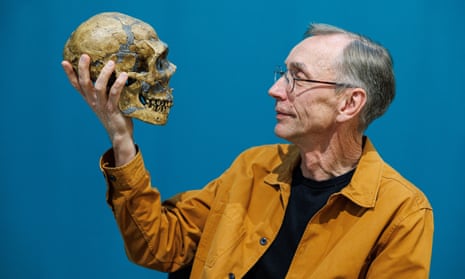 Agreyish neanderthal skeleton stands at the door of Svante Pääbo’s office, acting like a doorman to check up on his visitors, who have grown considerably in number since it was announced he was to receive a Nobel prize. It clutches a white party balloon in its left hand and is missing its right lower arm.

“Unfortunately my son broke it off once,” says Pääbo with a chuckle, patting the skeleton’s head.

On the day the Guardian visits, the Swedish geneticist is still reeling from the shock of having been chosen as Nobel laureate for Medicine or physiology (the prize straddles both fields) in October. A bottle of champagne stands on his desk along with messages of congratulations from friends and colleagues. Over coffee and shortbread in a rare interview, he admits: “It’s a bit of a burden, to be honest, all the attention I’ve been getting. But it’s a pleasant burden, and one for which I know I can’t expect much sympathy.” 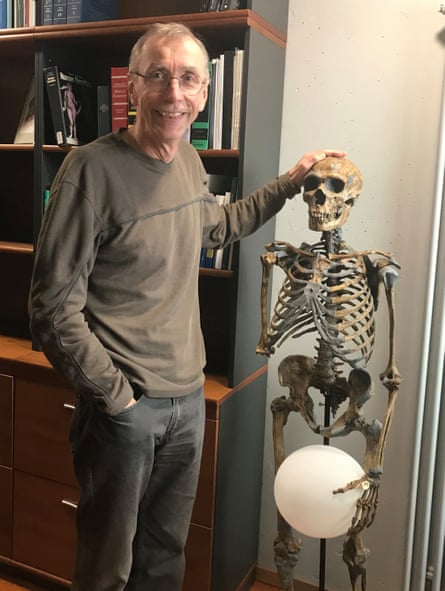 Svante Pääbo with the neanderthal skeleton in his office.Photograph: Kate Connolly/The Guardian

At the Max Planck Institute for Evolutionary Anthropology in the eastern German city of Leipzig, founded by the Swedish scientist 25 years ago, where he has installed a climbing wall in the foyer and a sauna on the roof, his co-workers did their best to stop the award from going to his head.

Svante Pääbo: ‘It’s maybe time to rethink our idea of Neanderthals’ Kate Connolly in Leipzig The Swedish geneticist on winning the Nobel prize, his laureate father and early man’s sensitive side