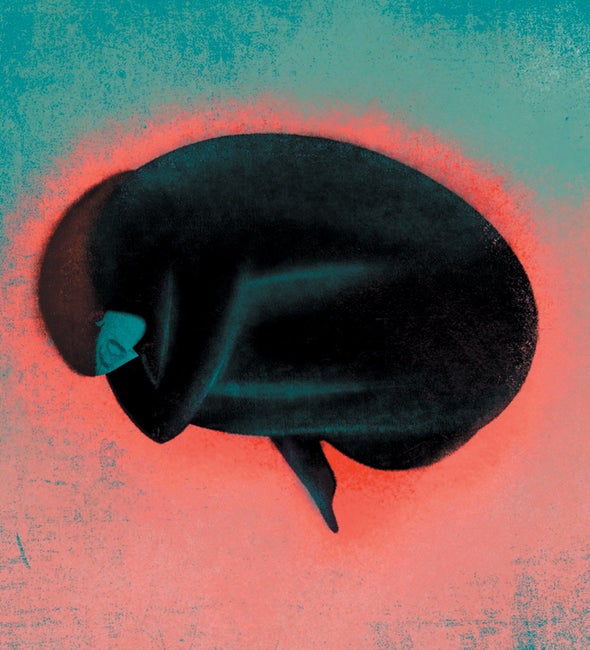 Age is the single biggest risk factor for dementia, with the odds doubling about every five years after age 65. But many things influence those odds for a given individual. Genetic vulnerability is a contributor, as are so-called modifiable risk factors such as smoking, cardiovascular disease, social isolation, and impaired hearing and vision. Certain mental conditions, particularly depression and schizophrenia, have also been linked to dementia. But because depression can itself be a sign of cognitive decline, the causality has been a bit muddy. Earlier this year an analysis of data from New Zealand provided the most convincing evidence to date linking many kinds of mental illness with dementia. That study raises important questions about the reasons for this increased risk and what could be done to reduce it.

The study looked at the health records of 1.7 million New Zealanders born between 1928 and 1967 covering a 30-year period ending in mid-2018. It found that those with a diagnosed mental disorder—such as anxiety disorders, depression or bipolar disorder—had four times the rate of ultimately developing dementia compared with people without such a diagnosis. For those with a psychosis such as schizophrenia, it was six times the rate. Among people who developed dementia, those with a psychiatric disorder were affected 5.6 years earlier, on average.

The study did not examine biological, social or other reasons for the increased risk, but research on dementia points to several possible explanations. “There might be shared genetic risk factors,” suggests psychologist Leah Richmond-Rakerd of the University of Michigan, lead author of the study. Recent studies have found some overlap in genetic markers associated with Alzheimer's disease and those linked to bipolar disorder and to major depression. Long-term use of psychiatric medications could also be playing a role in dementia, but Richmond-Rakerd and her co-authors do not think it is a major contributor.

They suspect that a more significant risk factor is the chronic stress associated with having a psychiatric disorder, which may degrade brain health over time. Studies in animals as well as human autopsy studieshave linked chronic stress to a loss of neural connections in the hippocampus, the brain's memory center, which is where Alzheimer's takes a heavy toll. Evidence suggests that stress drives inflammation and immune dysregulation in the body and brain, impacting brain connectivity, says Harvard University neurologist and dementia researcher Steven Arnold. “If you have fewer connections and synapses to begin with because of stress, then you can't afford to lose as many with aging before it starts to show up as what we might call dementia.” In other words, people with mental illnesses may have less “cognitive reserve”—brainpower that is sufficiently robust to withstand normal aging without obvious losses of function.

Vulnerability in this population may also be linked to their finding it more difficult to lead healthy lives, physically and socially, Richmond-Rakerd says. “They might exercise less, or drink alcohol excessively, or have trouble staying socially connected”—all of which increase the risk for dementia. People with certain psychiatric conditions tend to have higher-than-average rates of smoking and fewer years of education, which are also risk factors.

Could a more holistic approach to treating mental illness mitigate the risk for dementia? Researchers tend to think so. In 2020 the British-based LancetCommission on dementia prevention estimated that four in 10 cases could be prevented or delayed if society did a better job of addressing 12 modifiable risk factors, including such psychosocial contributors as depression, poor social support and low education level. Progress on some of these factors may explain why dementia rates have already fallen 15 percent per decade for the past 30 years in high-income countries. “We think there are two main reasons: better cardiovascular risk factor control and a big increase in education level,” says Kenneth Langa of the University of Michigan, associate director of the Health and Retirement Study, one of the major efforts tracking these trends.

In an ideal world, Langa and other researchers say, efforts to prevent dementia would begin in childhood with strong investments in education and the inculcation of healthy habits. Such efforts would be incorporated into the treatment of depression and other mental illnesses that often emerge in the teen and early adult years. Sadly, we do not live in that ideal world; mental illness continues to be stigmatized and undertreated. But given the high costs to society and the personal tolls exacted by both mental illness and dementia, it's hard to imagine a wiser investment.

This article was originally published with the title "Mental Illness and Dementia" in Scientific American 327, 1, 25 (July 2022)

Claudia Wallis is an award-winning science journalist whose work has appeared in the New York Times, Time, Fortune and the New Republic. She was science editor at Time and managing editor of Scientific American Mind. Credit: Nick Higgins